In 2010, Charité has restructured its degree course Medicine with the introduction of the New Revised Medical Curriculum. In this didactively innovative program, classes don’t take place weekly but rather in modules usually consisting of four weeks, during which all classes on a particular range of topics are held – from lectures to bedside teaching. This novel curriculum introduces fresh instructional concepts and provides the students with training focused on the needs of medical practice. However, it also poses a complex challenge for planners, who now have to schedule each class individually in close coordination with the instructing clinics and institutes.

In order to reduce the pressure on these facilities as well as the administration, a decision was reached in 2017 to introduce a suitable timetabling tool. To that end, Charité has been co-operating with MathPlan since December that same year. After a thorough requirements analysis, the MathPlan timetabling solution was adjusted to enable the automated scheduling of classes that take place only on a single date alongside reoccurring ones. This planning tool for the New Revised Medical Curriculum and other programs at Charité has been developed and rolled out by the end of 2019. Thus, for the first time, there is an automated scheduling tool to support both periodic and aperiodic timetabling.

Along with the new timetabling software, the corresponding class enrollment tool by MathPlan has been in use since the start of 2020 to facilitate the assignment of students to groups and to create individual schedules for those who don't follow the regular one. There is also a new tool for automated assignment of students to subjects of electives and practicals according to their stated preferences.

Due to the project's success, further additions to the software are planned, such as examination timetabling and planning of appropriate exam supervision in the context of medical programs.

Learn more about the New Revised Medical Curriculum at Charité on their web pages.

In Ferbuary 2015, the TU Munich decided to use Moses to schedule examinations. The system was rolled out and customized over a period of five months so that the first timetable containing more than 850 exams could be created for July 2015. The modelling of various sequence conditions and the inclusion of more than 180 distinct groups of students marked just two of the challenges overcome in the course of this project.

Learn more about Moses at the Technical University of Munich on their website.

In 2005, the German state of North Rhine-Westphalia reformed its high-school education to only take eight years to complete instead of the usual nine. This meant that in fall 2013, the number of new enrollments would almost double. RWTH Aachen University started to prepare for this event ahead of time. A decision was made to use the mathematical optimization methods that have passed the test of time at the Technical University of Berlin to streamline timetabling and thus use the available resources more effficiently. Development and roll-out were done in a cooperation project with TU Berlin. In the scope of this project, called “carpe diem!”, many requirements specific to RWTH Aachen were implemented in order to accomodate the record number of 7,000 freshmen without cutting the quality of education offered. The timetables of the winter semester 2013/14 were the first ones to be created with the new system.

After the sweeping success of “carpe diem!” RWTH Aachen University decided to expand the cooperation. Starting this summer, examination timetabling will also be done with MathPlan solutions.

Learn more about the project “carpe diem!” on the web pages of RWTH Aachen University. 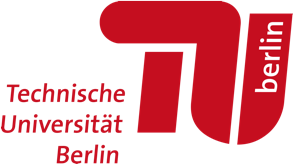 Our scheduling solutions for exams and tutorials have originally been developed at the TU Berlin. The planning tool Moses was used to plan tutorials as early as 2003. The exam scheduling feature has been in use since 2010. In 2013, a course timetabling solution was developed in cooperation with RWTH Aachen University. Motivated by the success of their optimization software, the heads behind Moses founded MathPlan as a spin-off of the university to support other universities with their timetabling.

Learn more about the Moses project on the web pages of the Technical University of Berlin.